Post them as images, try and upload them or use imgur. 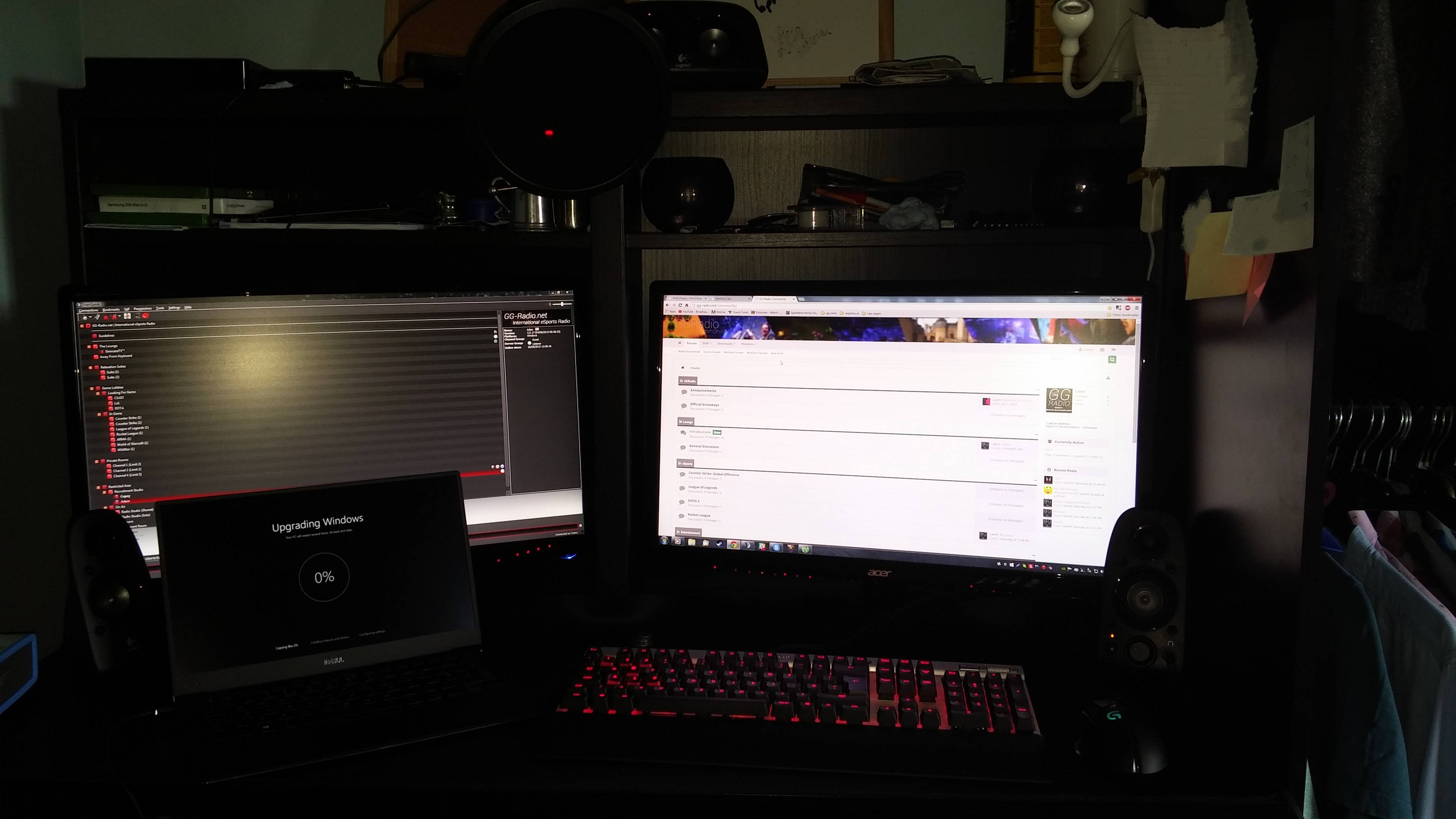 Currently I'm just on the laptop because I'm at uni but that's everything as it is at home.
Hopefully when I get back I can look at getting some ATH-M50X Headphones like in Chris' up abovve, they really are nice headphones (used them in studios before - they're stupidly comfy). Also going to be looking for a rode mic when I get some money together and an external mixer as well as possibly some decks.

So specs on my current rig are i7 3770k @ 4.3GHz, 16 GB DDR3 Corsair LP, Asus P8-Z77 V-Pro,
OCZ Vertex 4 120 GB SSD for the OS and programs, 500 GB Samsung 850 for games etc. (play a lot of Arma 3 and it really benefits from fast storage with the crazy amounts of mods I run on it), Seagate 7200 RPM 1TB for bits and bobs - films, music etc., EVGA GTX 970 SSC, all in an ancient CoolerMaster case but that will change when I do a big upgrade in a few years time. Mainly I've just been adding to the system or switching out stuff here and there as needed rather than doing any major overhauls. Might do one if skylake is any good - that's the new processor chipset designation for Intel for any non tech heads like myself.

The laptop I've just bought is a Dell XPS 13 2015, 11 inch, i5, non-touch screen model. I honetly can't tell you how much I love this thing, it is so light yet so useful while not skimping out. I totally love it. This will be what I'm using to broadcast to you all in the near future while at uni, and yes, it is on windows 10, my main rig isn't though, they still haven't fixed some driver errors with Nvidia cards.

Other random stuff that's in use with my setup include logitech z506 5.1 speakers (yes they aren't any where near the best but for £50 in a PC World sale I can't complain, they do hiss a lot though when they're turned up a lot). Also have a K70 and a G506 mouse with a mouse mate off amazon that covers all of my desk. Also have to admit that I have an Xbox One, mainly because it's easy to take to uni, carting a big rig around isn't exactly practical for me.

​
If you want to know anything about my setup or have any ideas for it, then feel free to let me know either in this thread or in a pm:tup:
S 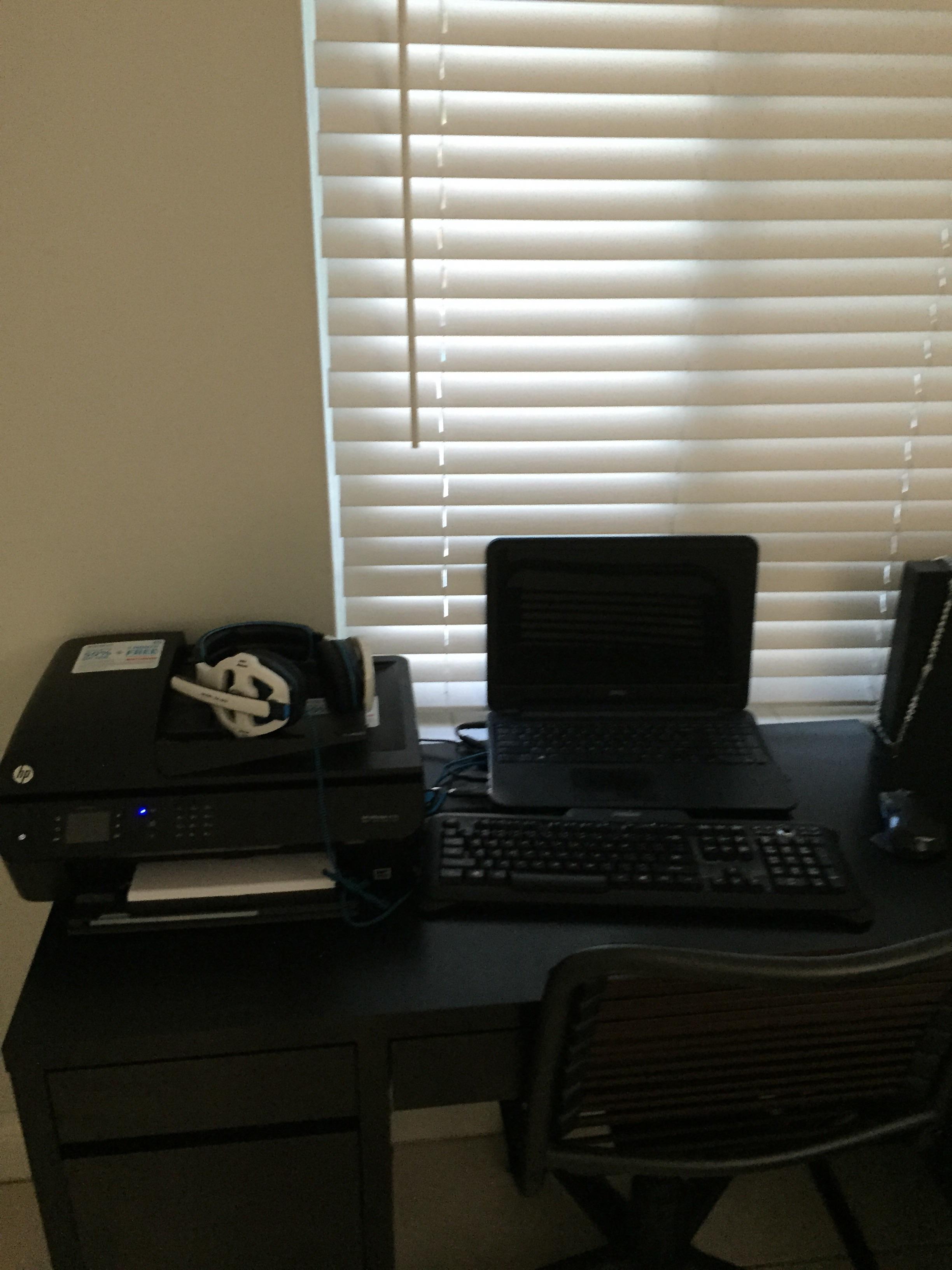 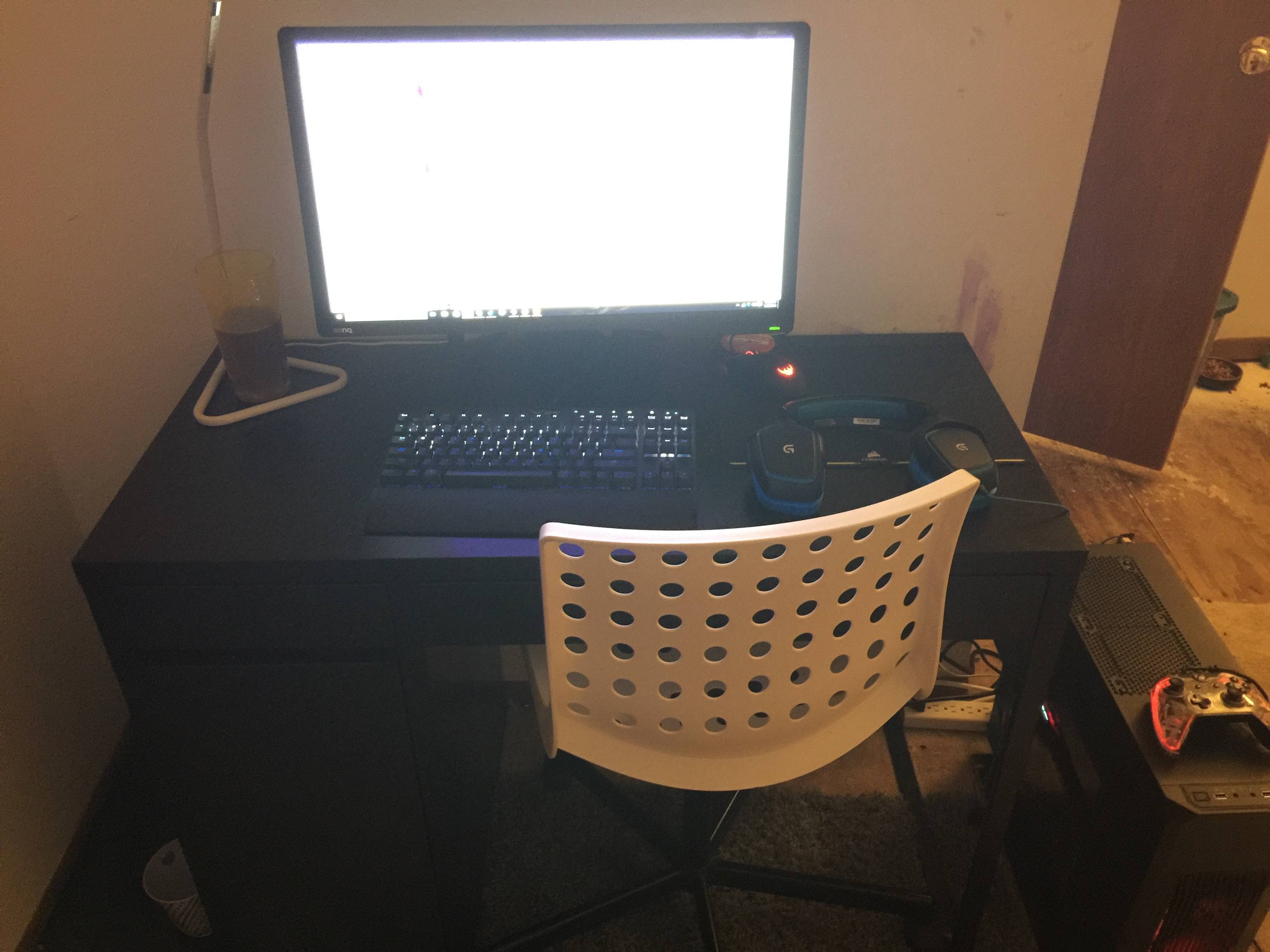 Pretty basic, nothing special when you look at it from here.

I plan on purchasing either a Behringer C1-U or a regular C1 with a Mixer for the audio setup.
A 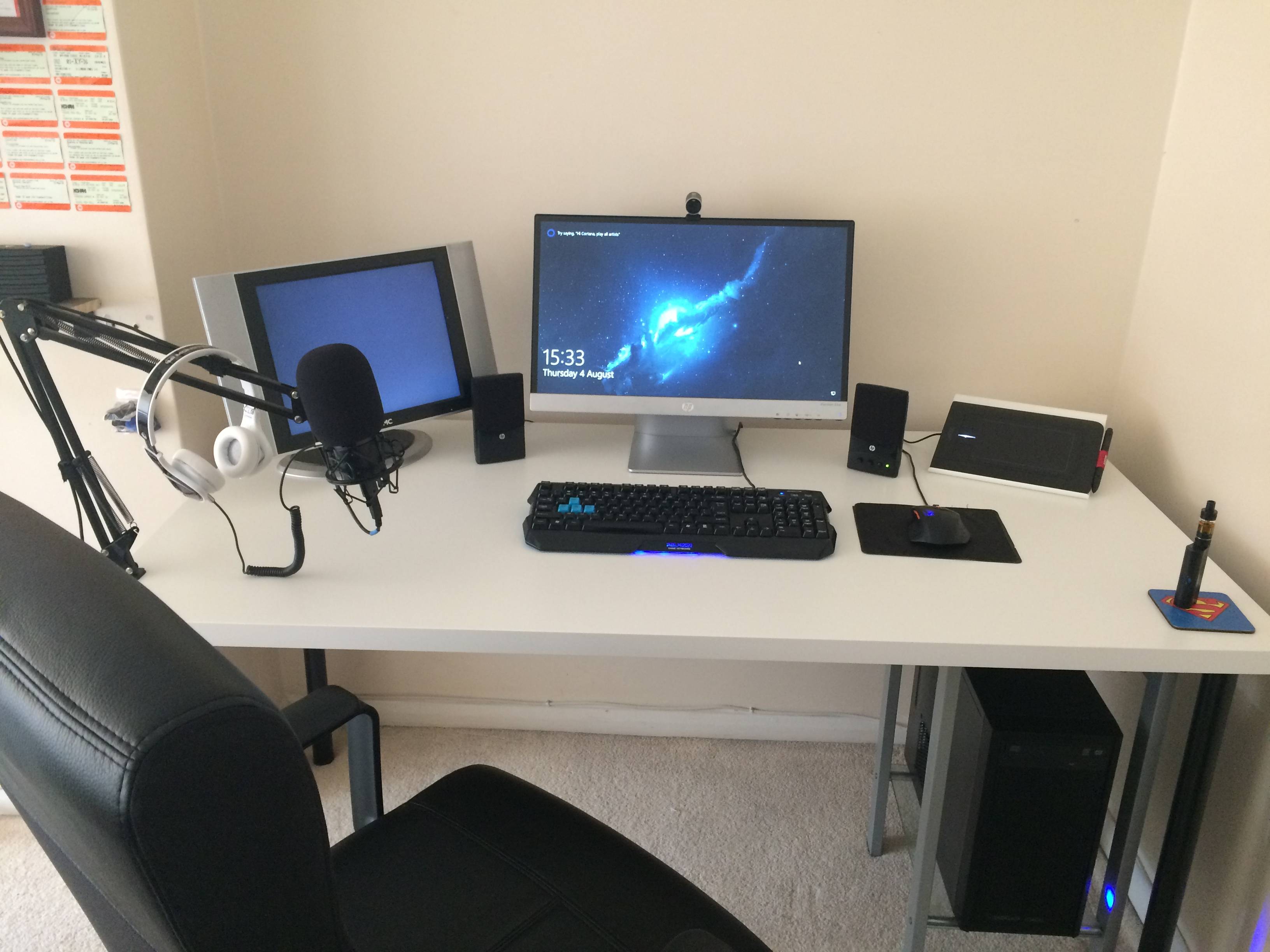 Temporary setup until I get a new desk in the next few weeks, missing a monitor because I can't fit it on the desk at the moment.

Founder
Donator
Photo from a year back, update coming soon...

Chris said:
Photo from a year back, update coming soon...

I have the AT2035 plugged in to an A&H ZED10FX - the mixer makes it sound way better. I want to upgrade to a SM7B in the future and eventually get a rack up when I have space so I can use my compressor again.
You must log in or register to reply here.